It’s That Time of the Month

Based on recommendations by industry experts, we have not held a BleedFest event since November 2011. We recommend filmmakers skip the festival circuit and put your work online immediately to build your channel brand and fan base. Otherwise we suggest submitting to PollyGrind Film Festival and Horrible Imaginings, two genre festivals with fabulous track records of playing women-helmed films. 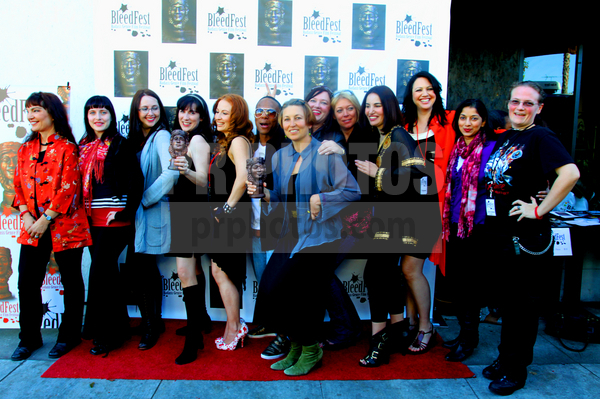 We feel passionate about raising the visibility of awesome indie genre movies by female filmmakers.

Our Mission
Our mission is to spotlight edgy genre work and their fearless makers, and allow audiences to feel and see through a variety of women’s eyes. We prove to the world that the derogatory label “chick flick” (now applied to ANY film about or by a woman!!) needs to be retired.

We want women’s hard work to be talked about and seen, so that there is indisputable proof that talented ladies are creating exciting multi-genre films, and can no longer be ignored.

We love men who love women!

MALE FILMMAKERS: Each month we screen a male filmmaker who has an empowering, authentic, and feminist female protagonist; his work screens out of competition and receives our “Partnership Award”. How do men feel about playing a “women’s” film festival? Ask the recipient of our first Partnership Award, Dave Reda: “In a festival that mainly spotlights female film makers, it’s very cool to be recognized for making films with strong female characters.” 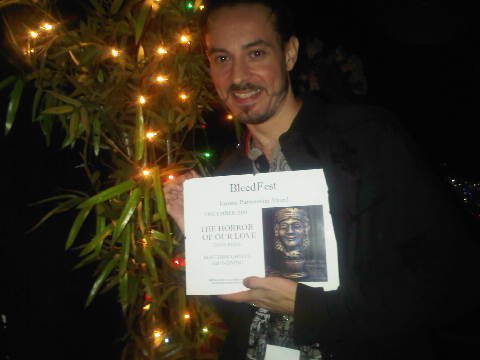 MALE FILMLOVERS: Our audience and supporters are split evenly down the gender line…and we often hear from men who are so grateful and excited to see strong women onscreen and behind the camera!

Just like women’s monthly friend, BleedFest comes like clockwork! BleedFest is first Sunday of the month. We start at 11 am and end at 3:30; screening features, shorts (in and out of competition), works in progress, music videos, web series, and student films.

All day tickets are only ten dollars cash at the door. Half price tickets are available at every event by participating in that month’s charity drive (donate blood, clothes, cans, books, etc). There is unlimited free street parking.

The ticket price is a huge bargain even if you only have an hour to come get photographed and interviewed at our Red Carpet Event and grab a beer or wine afterwards at our Open Bar.

How We Make a Difference in Women’s Lives

When you drill down, the issue of Hollywood’s systematic exclusion of lady filmmakers is so important to women’s financial health, their creative health, their souls’ self expression, and how their lives are perceived and valued on the planet.

Female filmmakers are not “hobbyists”. They’ve worked full time on their movies for an average of three to five years, usually in a Second Shift after their full-time paying job where they make 29 cents an hour less than their male co-workers. Many of these dedicated female filmmakers have given up having children and getting married to have the ability to afford the time and money it takes for filmmaking. Most have invested and lost their life savings, and have film school student loans hanging over their heads (the average film school now has a 50/50 gender matriculation).

To deny these women exist, and are as competent as their male peers, and are doing everything they can to break into the Hollywood is unacceptable.

These are serious businesswomen and artists who are systematically discriminated against. In any other town and industry, these women would be filing a game-changing class action lawsuit.

In a town that operates on fear, many filmmakers do not step up and speak the brutal truth about what is happening for fear that they will be blacklisted in the future. Our response to fear mongering:

1) Look at the immense progress Melissa Silverstein of Women and Hollywood has made for women in the last three years by routinely pointing out sexism on her hugely popular website. People and companies in Hollywood are responding to being called out by making positive changes to protect their public image.

2) You and your work are already being ignored. What are they going to do…ignore you harder?

BleedFest provides some great tools filmmakers need to be successful.

Filmmakers screened at BleedFest are all official winners, and will have a new Winner Laurel to place on their press materials.

Each filmmaker will receive an award and have a Q& A and photo moment in front of a red carpet Step and Repeat banner. Many of the films will be in competition to receive the Audience Award.

The Inanna Award (AKA “The Bleedy”), the official bronze statue of BleedFest. It isdesigned by amazing sculptor Neal Harvey of RubberGorilla.co.uk. 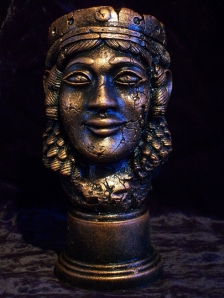 Each month a local artist or cause will also be highlighted at BleedFest (i.e. The world’d most effective women’s self defense training, Los Angeles’ own IMPACT PERSONAL SAFETY, which reduces women’s chances of being assaulted from a sobering statistic of 1 in 3 to the amazing 1 in 30 (!!!)with just their 6 weeks basics training class. Buy the $500 class for yourself or a loved one.).

How We Make a Difference in Men’s Lives

We feel just as fed up with our awesome menfolk being culturally shamed out of enjoying a movie with a female protagonist or by a female filmmaker. The heavy stigma attached to women-centric films mean less men have opportunities to see genuine portrayals of women, to hear straight from the horse’s mouth what women think and feel, and from a film theory perspective they receive far too little practice learning to see through an authentic and full-bodied female character’s eyes. This lack affects their ability to empathize and have healthy relationships with every female in their lives. It is to the benefit of society (and to Hollywood’s financially) to end the systematic discrimination against female filmmakers and women-centric movies. 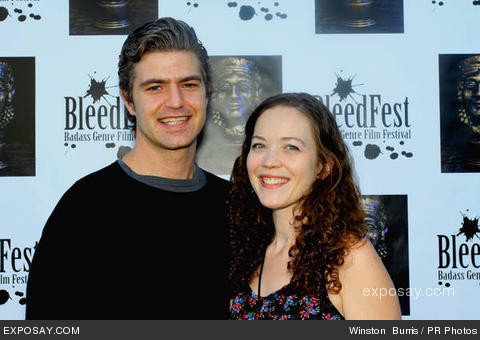 We Need You on Our Team!

What do we need you to do to help indie filmmakers?

Why? Read this “Pay to Play” campaign to understand how piracy cripples indie filmmakers and destroys the future of all original, non-big budget franchise movies.

2. Write on social networks like Facebook, Twitter, and Blogs about these movies you’ve seen, and how they kicked ass and your friends need to see them.

3. Be a vibrant, vocal witness to women’s self expression and social right to tell stories about their lives and point of view.

4. And you’d save us by checking out specific things we need provided to BleedFest on our “Help” link in the navigation bar at the top of this website. Thank you! We so appreciate our indie film heroes!